The Return of Joy 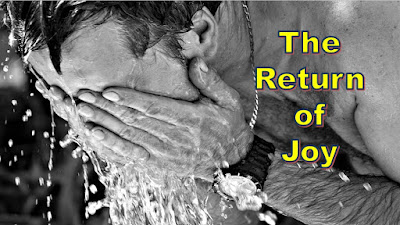 Have mercy on me, O God, because of your unfailing love.  Because of your great compassion, blot out the stain of my sins.  Wash me clean from my guilt.  Purify me from my sin.  For I recognize my rebellion; it haunts me day and night.  Against you, and you alone, have I sinned; I have done what is evil in your sight.  You will be proved right in what you say, and your judgment against me is just.  For I was born a sinner—yes, from the moment my mother conceived me.  But you desire honesty from the womb, teaching me wisdom even there.  Purify me from my sins, and I will be clean; wash me, and I will be whiter than snow.  Oh, give me back my joy again; you have broken me—now let me rejoice.  Don’t keep looking at my sins.  Remove the stain of my guilt.  Create in me a clean heart, O God.  Renew a loyal spirit within me.  Do not banish me from your presence, and don’t take your Holy Spirit from me.  Restore to me the joy of your salvation, and make me willing to obey you.  Then I will teach your ways to rebels, and they will return to you.  Forgive me for shedding blood, O God who saves; then I will joyfully sing of your forgiveness.  Unseal my lips, O Lord, that my mouth may praise you.  You do not desire a sacrifice, or I would offer one.  You do not want a burnt offering.  The sacrifice you desire is a broken spirit.  You will not reject a broken and repentant heart, O God.  Psalm 51:1-17[1]

Twice in this Psalm David prays for joy to return.  The first joy is personal, the relief from his pain of living in rebellion against God’s will and commandments.  The second is a desire for the return of the joy of participating in God’s salvation, that freeing experience of being able to proclaim loudly for the sake of others how everything the heart craves is bursting his insides with light, love and peace.  For anyone who has ever confessed to God, there is no adequate explanation for this sense of joy – both personal and communal.
When David prays for a clean heart, he’s looking for that assurance of God’s acceptance; he’s looking for a miracle.  The miracle of God’s forgiveness would be like having a stage four metastatic cancerous tumor suddenly disappear.  David knew the Scriptures.  He knew of Cain’s sin, and how it was too great to bear; he knew how sin eats a person alive from the inside out.  That was his tumor, and only the joy that accompanies God’s forgiveness could reach that far.
For You Today

Are you still having a difficult time thinking your sin is that one God can’t forgive?  Was it as horrible as David’s?  David, who was the sweet, God-loving, God-trusting shepherd boy who became king, who became a sexual predator, who became an adulterer, who became a conspiring murderer, and coverup expert?
This Psalm was the prayer of one who was in a position to understand the night and day difference the rescue of God’s forgiveness makes to those who are broken, but still believe.  Let’s hear David’s final word in his prayer of confession:

Unseal my lips, O Lord, that my mouth may praise you.  The sacrifice you desire is a broken spirit.  You will not reject a broken and repentant heart, O God.

You chew on that as you hit the Rocky Road; have a blessed day!

Posted by Russell Brownworth at 5:00 AM No comments: 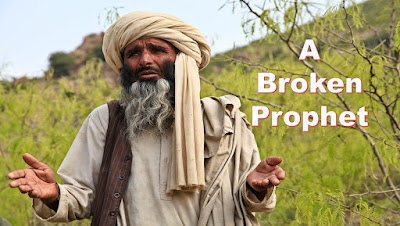 Salmon swim many hundreds of miles to return to the birthplace of their hatching.  Some species live up to a dozen years, others only two or three…IF they manage to avoid hungry bears and make the full cycle.  It seems kind of a pointless existence, hatch, swim, spawn, die.


And that may have been Elijah’s problem.  He’d had the courage to stand toe to toe with 850 false prophets of Baal and Asherah on Mt Carmel.  Then he realized the head of the serpent (Jezebel) was still sharpening her fangs.  Elijah managed to hack eight hundred bad guys like Rambo on steroids, but he spooked at the thought of one evil woman.  And he felt alone, like John the Baptist, a lone voice crying in the wilderness.  He ran like a frenzied daughter of mine used to run from anything with 8 legs.  Huffing and puffing Elijah returned to his place of safety…God’s mountain…and hid in a cave, shivering more from fear than cold.


God spoke to the prophet once he settled down enough to hear the small voice after the thundering storms, earthquake and fire.  Whispering, God instructed Elijah how to wind-down his ministry and set the stage for God’s next cycle.  Elisha would take over, and the other kings Elijah anointed would accomplish God’s plans.


A few timeless lessons today from Elijah’s faith (and faults):

1.     God always has His people, no matter what it looks like


2.     No life is worthless when the knee has been bent in reverence to the LORD.

So, if you’re facing a fang-bearing queen, or 850 false prophets, here’s the game plan:  make it a fair fight; tie both your hands behind your back, kneel and bow your head, and laugh in the face of all of it; God’s got this, your job is to trust Him!

You chew on that as you hit the Rocky Road; have a blessed day!

[1] For another post on Elijah’s predicament see Chosen...Still!
Posted by Russell Brownworth at 5:00 AM No comments:

Together on the Rocky Road 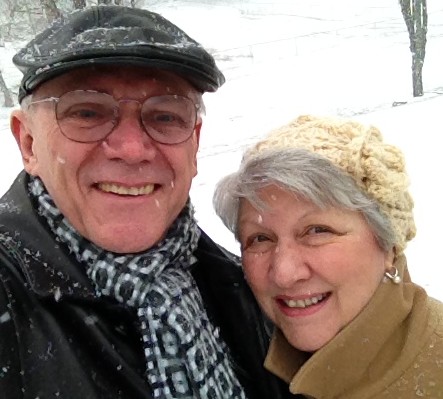